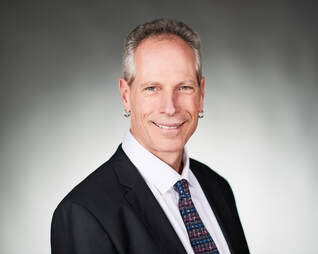 International Keynote Speaker - Dr. Eric Stice
Dr. Stice is a professor in the Department of Psychiatry and Behavioral Sciences at Stanford University. His research focuses on identifying risk factors that predict onset of eating disorders, obesity, substance abuse, and depression to advance knowledge regarding processes that contribute to emergence of these problems. He also designs, evaluates, and disseminates prevention and treatment interventions for eating disorders, obesity, and depression. For instance, he developed a dissonance-based eating disorder prevention program that has been implemented with over 6 million young girls in 140 countries through a partnership with Dove. 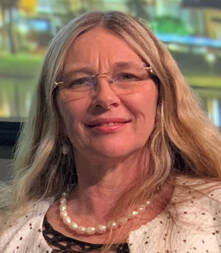 Local Keynote Speaker - Phillipa Hay
​Professor Hay is a Psychiatrist and leading mental health researcher. She is committed to research that results in a better understanding of eating and related disorders to reduce the individual, family and community burden. Her current research focuses on trials of interventions for eating disorders, and how to better meet the needs of people living with eating disorders. She has published over 330 Scopus indexed scientific papers, is in the top 10% of cited authors in psychology in Australia, and is regularly invited to speak at national and international scientific meetings. She has mentored and supervised over 80 research students from diverse disciplines and is academic lead of the award winning Eating Disorder and Body Image (EDBI) network at Western Sydney University. She has been personally awarded the Lifetime Leadership Award from the ANZ Academy for Eating Disorders and most recently in 2020 the RANZCP Senior Research Award (awarded to the Fellow or Affiliate who has made the most significant contribution to psychiatric research in Australia and New Zealand over the preceding five years). She is founder and current co Editor-in-Chief of the (first open access) Journal of Eating Disorders, a Past-President of ANZAED  and Chair of the NEDC Steering Committee. Her research is consistently supported by leading agencies such as NHMRC, ARC, Rotary Health and in 2015-2018 she received a Science Without Borders Visiting Professorship from the CAPES research foundation in Brazil.

Keynote Address on Saturday 13 August - Disentangling and re-imagining the diagnostic spectrum of eating disorders
Accurate diagnosis is essential to guide informed decisions about care and treatment. Validity rests upon reliable use of descriptors, and an understanding of determinants, outcomes and relationships with other mental health disorders. Within each diagnostic category is an implied uniqueness of both shared and distinct lived experiences. In mental health, such experiences are vulnerable to erroneous assumptions and/or inaccurate and biased observations. In this presentation conceptualisations in eating disorders will be discussed in the context of contemporary findings (that have reversed some historical biases) followed by current and emerging considerations. These include inconsistencies of core defining features, category overlaps e.g., with Obsessive-Compulsive and Related Disorders and within the Other Specified Feeding and Eating Disorder category, groups under consideration, e.g. orthorexia, and contrasting approaches of the two main international schemes (DSM and ICD). A way forward will be proposed cognisant of listening to all voices. ​